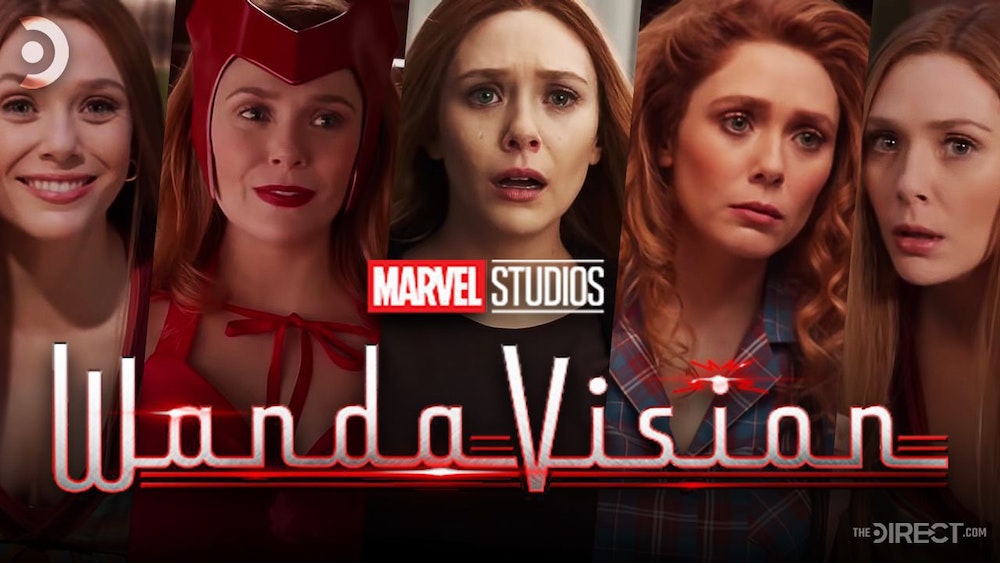 The Marvel Cinematic Universe (MCU) schedule has stalled in the past year due to the COVID-19 pandemic, much to the dismay of fans worldwide. But finally, after many delays, the MCU is back! Next Friday, January 15th, the highly anticipated series “WandaVision” premieres on Disney+. There has been so much time without an MCU release, with the exception of a few trailers and teasers, that fans have been going wild with theories about what’s to come. As you may have already guessed, I’m one of those fans! In response to my growing hype around "WandaVision", I put together a list of 10 things I would love to see during the 9-episode season.

Quicksilver’s Return to the MCU

One of the characters that many people feel needs to show up is Quicksilver. The trailers and show description tell us that Wanda “brings Vision back to life”, most likely in her mind or some weird reality-bending situation. If she can bring back Vision, there’s no reason she couldn’t bring back her brother who she misses and who’s death she feels so much guilt over. Pietro Maximoff died in “Avengers: Age of Ultron” after heroically saving Hawkeye and a child in the final battle. While his appearance in the Avengers films is short-lived, his death heavily affects Wanda at the time. There should be nothing stopping Wanda from resurrecting Pietro just like she will do for Vision in order to create the perfect life for herself.

Speaking of the perfect life, fans of the Marvel Comic books know that Speed and Wiccan are Scarlet Witch and Vision’s children. During one of the teasers for “WandaVision”, we get a quick shot of their twins! With the rumored “Young Avengers” eventually being released on Disney+, this would be the perfect opportunity to introduce two of its members. The teasers and trailers from the show seem to show Wanda trying to create her version of a perfect life with her beloved Vision, so it makes sense that the twins would be included. It also shows the duo in multiple time periods. This could lead to them parenting their kids together, with Speed and Wiccan eventually growing old enough to star in Young Avengers. The twins are also a key component in the “House of M” storyline from the comics, which really showcases just how powerful Wanda is. If they want to go this route, introducing Speed and Wiccan during WandaVision would be a great start.

When Wanda was pretty much imprisoned in the Avengers Compound during “Captain America – Civil War”, it was Steve Rogers who understood her guilt from the events of “The Avengers: Age of Ultron”. Steve showed her a lot of sympathy during that time and was the one (along with Falcon) to save her and Vision from the Black Order in “Avengers: Infinity War”. It would seem like a missed opportunity if during “WandaVision”, Wanda doesn’t have flash backs or even create an alternate reality with Steve being there to guide her.

In the comics, the “House of M” story arc has Scarlet Witch suffering a breakdown after she loses her twins, which causes her to alter reality in an attempt to bring them back (sound familiar?). This creates an alternate universe that takes the place of the main reality that comic readers were used to at the time. Based on the trailers for the show, Wanda seems to be altering reality in a specific and isolated area and not the entire current universe. This seems like a great tease for an eventual showing of her ultimate ability to affect entire universes and realities.

A Mention of Jane Foster Ahead of Her Appearance in “Thor: Love & Thunder”

A big surprise during the casting reveals for “WandaVision” was that Darcy Lewis, played by Kat Dennings, will be making her return to the MCU after an 8-year absence. Darcy was last seen in “Thor: The Dark World” back in 2013. Another surprise revealed during the Marvel Panel at San Diego Comic Con was that Jane Foster would not only be returning for “Thor: Love & Thunder”, but she would be taking on the mantle of “Thor” herself! Darcy’s role in “WandaVision” is still clouded in mystery, but we are assuming she will have something to do with S.W.O.R.D (who’s logo has been seen in the trailers). Having her on screen and giving us a little teaser for “Thor: Love & Thunder” would be a lot of fun!

The Introduction of Mutants

There is a theory that by the end of the show, Wanda could re-create an iconic moment from the end of the “House of M” story arc, only in reverse. As stated above, “House of M” shows us Wanda suffering a severe nervous breakdown and altering reality. Even heroes as strong as Doctor Strange and Professor X have trouble keeping her stable! The end of the arc reveals that Magneto has beaten her brother (and his own son), Quicksilver, to death. While Wanda is able to bring Quicksilver back to life, she offers her father the ultimate punishment. She believes that Magneto and his “Mutant Superiority” ideology always took precedence over his family (Wanda, Quicksilver, and her children Speed & Wiccan), so she utters 3 words that changed the entire Marvel Comics Universe for years to come: “No More Mutants.” This moment results in over 98% of the entire mutant population losing their powers.

One of the issues the MCU currently has is that they need to introduce mutants into their universe. Previously, FOX owned the rights to the X-Men and all related entities, so the MCU could not include any mutants in their films. However, all of that has changed and the mutants are on their way! It seems like having Scarlet Witch perform the opposite of “House of M”and either bend reality to a point where mutants already exist, or activate the mutant gene herself, is a real possibility.

As stated in the last item, we know at some point the mutants will be introduced into the MCU. That has been confirmed by Marvel Studios and Kevin Feige. Magneto is one of the most iconic Mutants in the history of Marvel Comics and also happens to be the father of Scarlet Witch. We have not heard any rumors that a casting was made but we know that Marvel Studios is very good at keeping a secret. We do not necessarily think that Magneto needs to show up in person during WandaVision, but somehow just being mentioned during the show would blow fans’ minds. This would have to be through Wanda altering reality or accessing alternate universes because we already know currently in the MCU that Wanda and Pietro had other parents.

It has been rumored for a long time that Evan Peters will play a part in “WandaVision”. Peters’ role has been kept a secret by Marvel Studios, but there are a few theories out there that would be very interesting. The number one theory is that he will somehow return to his role of Quicksilver, which he has held for 3 movies under Fox’s X-Men franchise. A lot of people are quick to mention that this would cause problems as Quicksilver was already played by Aaron Taylor-Johnson and killed in “Avengers: Age of Ultron”. Is the role being recast? Would he be from another universe? The most likely scenario would be that Wanda’s reality-bending powers somehow bring Peters’ Quicksilver into the MCU from another universe. With the multi-verse being introduced into the MCU, and the major rumors around the MCU’s Spiderman 3 including many of the characters from the Sony-led Spiderman franchises, as well as the Doctor Strange Sequel literally being titled “The Multiverse of Madness”, seeing Peters’ Quicksilver does not seem like too much of a leap. There is also the possibility that Peters is cast in a role other than Quicksilver, and more recent rumors have been indicating that he could be playing Mephisto, who also has a past with Wanda Maximoff in the Marvel Comics.

At the end of “Avengers: Infinity War”, Vision was tragically killed at the hands of Thanos. This was witnessed by Wanda and even resulted in her starting to show how strong her abilities really are. Vision’s body is never seen in “Avengers: Endgame”, but we would hope that he was given a proper resting place. This could be something that is shown when (and if) Wanda is brought back to reality and has to fully deal with the grief of Vision’s death.

Whether any of these 10 things happen in “WandaVision” is anyone’s guess, but one thing that we are all certain of is that we cannot wait for the MCU’s return to our screens! “WandaVision” premieres on Disney Plus on Friday, January 15th. 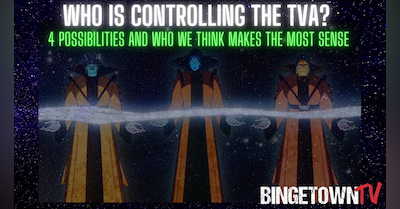 Who's Controlling the TVA in Marvel's "Loki"? 4 Possibilit…

This week’s latest Loki Episode, “Nexus Event”,  just confirmed something that our podcast and many other people were theorizing s…

Email has been submitted.

How I Met Your Mother Episodes

The Falcon & The Winter Soldier Episodes

The Wheel Of Time Episodes