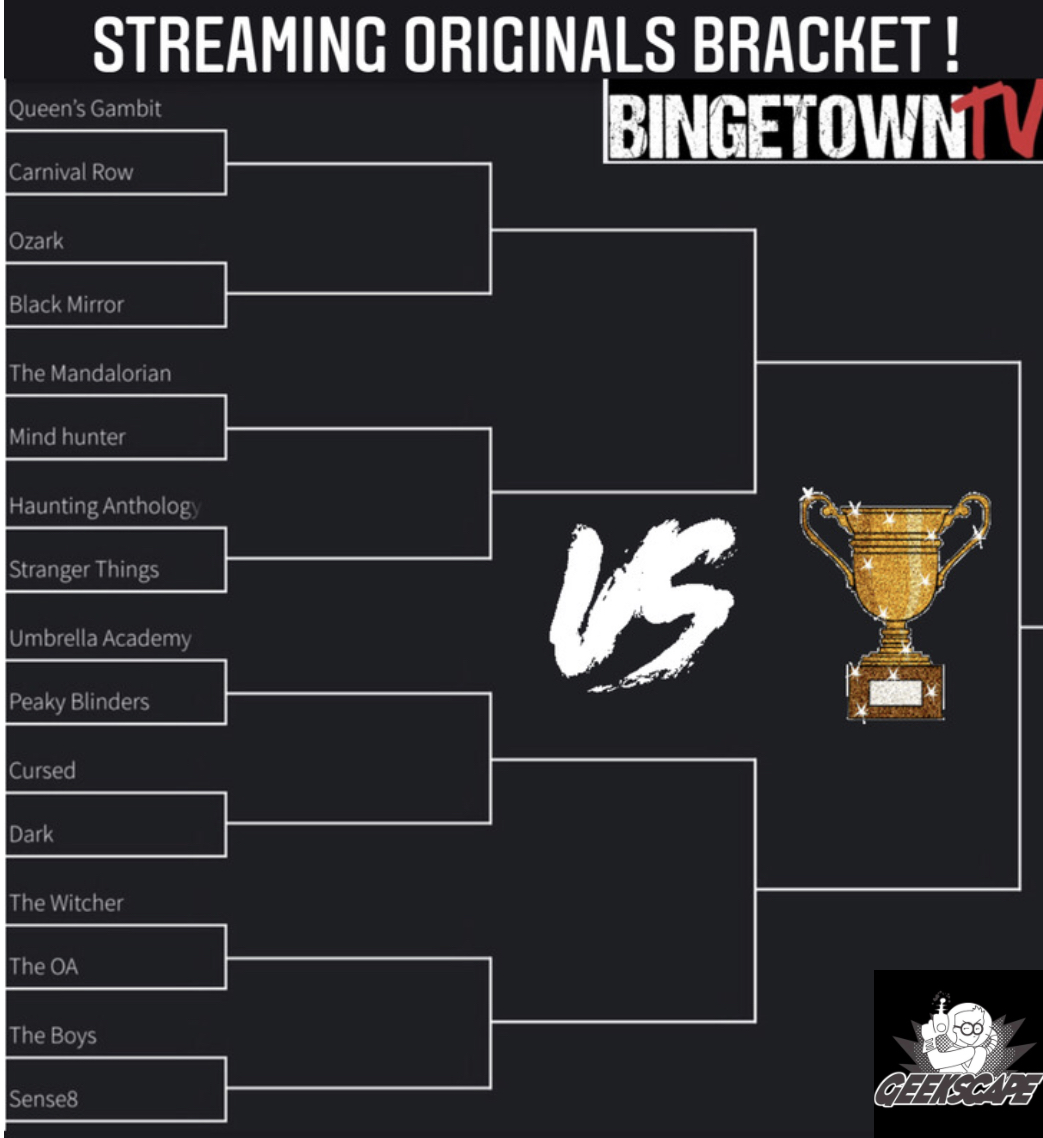 BingetownTV’s first podcast drop of 2021! To start off the year with a bang, we decided to get the entire bingetown crew in one room to record (a rare occurrence)!

What better of a way to start off the year than to have a little bingetown throw down! We decided to set up 3 tournaments so we can talk our favorite TV shows and debate the hell out of which ones are the best!

Today we drop Tournament 1 - Streaming Originals! This one was really fun to record! Our criteria was shows that are released on Streaming Channels such as Netflix, Hulu, Amazon Prime, Disney Plus, etc. A few current and future BingetownTV podcast shows were represented (Current -The Boys, The Mandalorian, The Haunting Anthology Series, Carnical Row, Cursed), (Future- Dark, The Witcher, Umbrella academy (?)), as well as a few of our other favorites!

Who will be the Champion of the Streaming Originals? Did we make the right choice? Did we miss a show that should have been included in the bracket? Hit us up on social media and let us know!!! @bingetowntv on Twitter and Instagram!