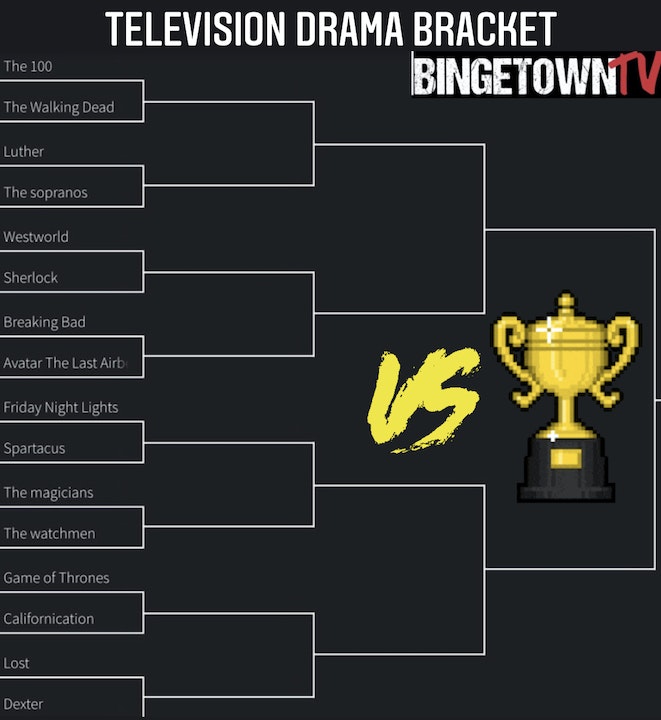 The Bingetown crew is back this week and we’re continuing with our television brackets to start off 2021 with a bang! This week will be the Television Drama Bracket! WARNING! We announce the winner of the Streaming Originals bracket in the intro! So check that episode out first if you don’t want spoilers!

Like we said last week, we decided to set up 3 tournaments so we can talk our favorite TV shows and debate the hell out of which ones are the best!

In today’s Tournament 2 Episode Drop, A few current and future BingetownTV podcast shows were represented (Current – The 100, Spartacus), (Future-The Magicians (coming on Friday!) as well as a few of our other favorites!

Who will be the Champion of the Television Dramas? Did we make the right choice? Did we miss a show that should have been included in the bracket? Let us know!

Email has been submitted.